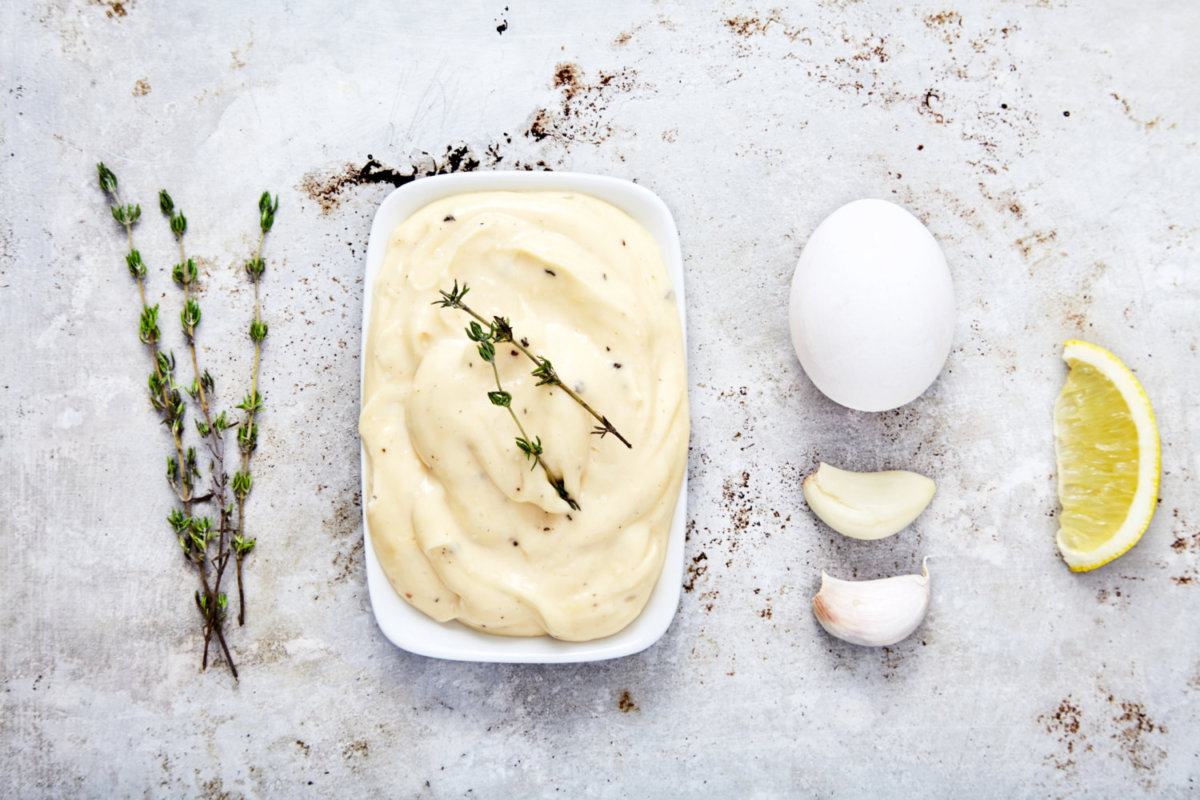 Mayonnaise, the sauce of Spanish origin that is unanimous in the 4 corners of the planet!

From New York to Beijing, via Paris and Abidjan, mayonnaise is THE sauce that can be found on all tables! Served plain, spicy or as a base for other sauces (cocktail, tartare, etc.), however, its origin remains controversial …

To date, no historian has been able to trace the origin of this sauce exactly. The majority however grants it to the town of Mahon, capital of Menorca, in the Balearic Islands where it was in the 18th century, called ‘salsa mahonesa’ in the Spanish language. This emulsion prepared from raw eggs, oil and vinegar was according to historical writings a real success at a great banquet organized by Richelieu in 1756. After which, it was baptized “Mahonnaise”.

Other rumors concede its origin to the French cities of Bayonne and Mayenne which are said to have some link of authorship with this sauce. It would have been called “bayonnaise” or “mayennaise”.

Finally, etymological studies explain that “medium” or “hub” in Old French meaning egg yolk would have given rise to “moyeunaise”, later deformed into “mayonnaise”.

Spanish or French, you will never know … That does not prevent mayonnaise from remaining one of the most impressive inventions of the 18th century!

A major technological invention for the 18th century

Mayonnaise is a mixture of oil, emulsifier (white eggs), vinegars, spices and flavors (sugar, salt, mustard …) and stabilizers (thickeners for mayonnaise containing less than 70% oil ). The limit of stability for an oil emulsion in an aqueous environment is reached from 80% oil composition. At 85%, the oil in aqueous mixture becomes unstable. It is the following physicochemical principle which governs the emulsion of mayonnaise (mixture of oil in water): the egg yolk contains surface-active molecules (proteins, phospholides) which allow the mixture to be mixed. oil in water. As long as the water is in excess, the sauce “rises”, that is, emulsifies. The water can be replaced with lemon juice or vinegar.

Mayonnaise is the most common example of the principle of anti-thixotropic or shear-thinning fluids: they become more viscous when subjected to mechanical stress. However, the amount of oil and the size of the droplets are crucial in the rise of it. Adding too much oil or droplets that are too thick have the opposite effect, going from “oil in water” to “water in oil”

Mayonnaise is therefore for a time when no thickener existed a major technological discovery, albeit empirical. In addition, the sauce is not cooked, it is made from completely raw components, which is a real innovation for the 18th century. 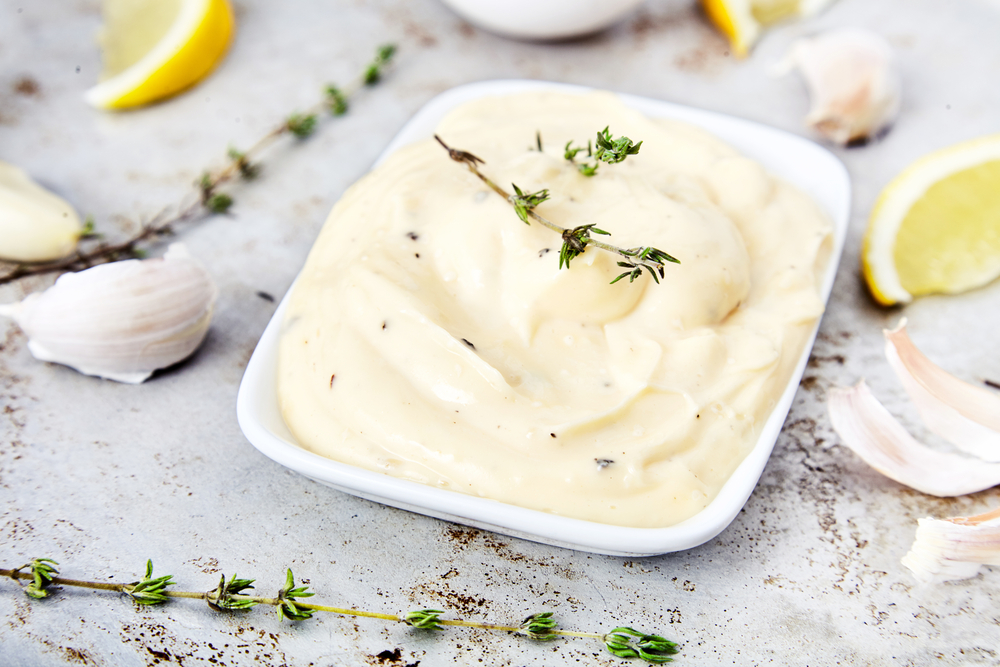 Nowadays, the composition of mayonnaise and its use vary depending on the region and culture where it is consumed. Sometimes it will contain lemon, sometimes plain vinegar, cider or soybean oil. Although each country has revisited mayonnaise in its own way, the traditional recipe contains a minimum of 70% oil.

Russia, Lithuania, Ukraine and Belarus are the 4 countries in the world that consume the most mayonnaise. Its composition contains sunflower oil, olive oil and sometimes lemon juice. This is used in both cold and hot preparations: potato salads, pasta salads etc.

Belgium is next in 5th place, known for its myriad of sauces created from mayonnaise: cocktail, tartare, Andalusian, samurai etc. Our Belgian sauces are mainly consumed with potato fries but also as a dressing for prepared salads or salads based on raw vegetables.

The 5 countries that complete the top 10 are Estonia, Latvia, Chile, Holland and Poland. In Holland, mayonnaise sauces are mainly used as dressings for salads while for the other eastern countries and Chile, it is used in various salads and dishes. There is no doubt therefore that mayonnaise is universally accepted!

At Fresh & Saucy Foods, there are hundreds of recipes for sauces made with mayonnaise and dozens of salad garnishes that we produce with mayonnaise. Do you want more information about our products? Discover our entire assortment in our catalog of sauces here!

More information ? Questions about our services ? Contact customer service by email at orders@freshsaucyfoods.be